As mentioned briefly in Chapter 1, you can use the MSIL Disassembler tool (ildasm.exe) to examine the content of an assembly. Figure 15-3 shows the tool displaying an assembly's content. 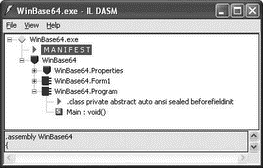 Among the various components in an assembly, the most important is the manifest (shown as MANIFEST in Figure 15-3), which is part of the assembly metadata. The manifest contains information such as the following:

? Name, version, public key, and culture of the assembly

? Files belonging to the assembly

? References assemblies (other assemblies referenced by this assembly)

Figure 15-4 shows the content of the manifest of the assembly shown in Figure 15-3. 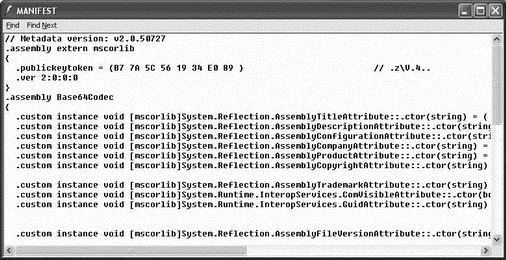